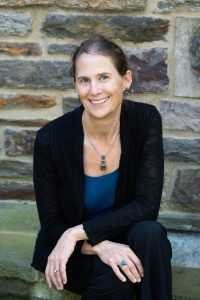 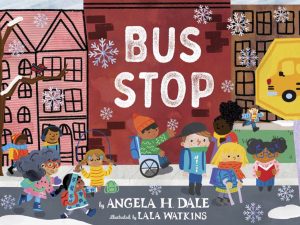 Photos and Book Covers:
Click on images on this page to open hi-res file in a new tab.

Short Bio:
Angela H. Dale writes picture books for children, former children and children at heart. Her debut picture book BUS STOP, illustrated by Lala Watkins, arrived in libraries and bookstores on October 4, 2022. She lives in Maryland with her family and Harry the cat.

Angela has one super power – reading – and she wants to share it with everyone. As a kid she would bike to the library to check out books on her very own library card. In elementary school she once read 40 books in 40 days. She likes to write stories too and won second place for a story she wrote in college.

Angela worked for a literary agent in Washington, DC, and a book publisher in New York City before moving around the world with her family when her husband was in the Navy.

Some of the places Angela has lived include Pennsylvania, Texas, California, Florida and Japan, and she has lots of stories she hopes to tell from those times. But her debut picture book was inspired by a bus stop just down the street from her home in Maryland; all 26 of the characters in BUS STOP are named after her children’s friends and classmates.

Kirkus Reviews calls BUS STOP “Simple, snowy fun with a vocabulary-building boost…. Young fans of Ezra Jack Keats’ The Snowy Day (1962) will find this an enjoyable companion book, and this title will likely see heavy rotation in libraries during the colder months of the year.”

Publishers Weekly wrote: “Watkins’s spare mixed-media illustrations … work hand-in-hand with Dale’s energetic poetry as the book builds to the expected but no less jubilant explanation for the missing bus.

Request it at a library or bookstore near you. If you are visiting the Museum of Modern Art in New York City, you can find it in their store. Signed copies are available at Books of Wonder in NYC and Snug Books in Baltimore.